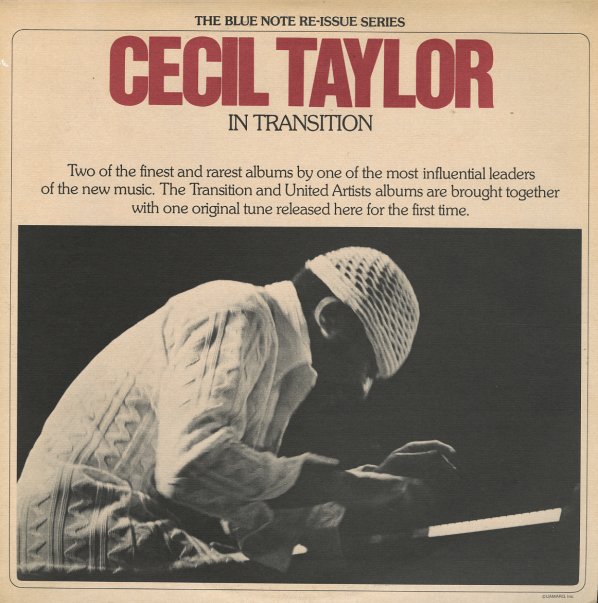 One Too Many Salty Swift And Not Goodbye (3LP Box Set)
Hat Art (Switzerland), 1978. Very Good+ 3LP Box Set
LP...$36.99
A classic live set by Cecil Taylor – easily one of his best-remembered albums of the 70s! The group here is a sextet – with Taylor on piano, Jimmy Lyons on alto, Raphe Malik on trumpet, Ramsey Ameen on violin, Sirone on bass, and Ronald Shannon Jackson on drums – all working ... LP, Vinyl record album