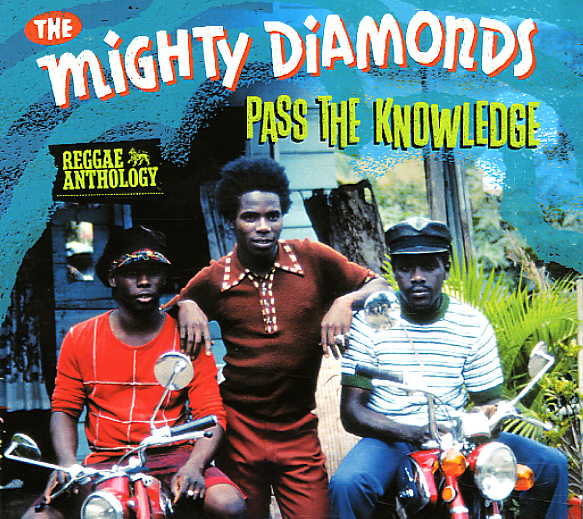 The Mighty Diamonds pass the knowledge – but they also pass the kouchie on the first track on the record – an indication of the way these guys can serve up wisdom with a laidback vibe that makes their message so wonderfully down to earth! The Mighty Diamonds are kind of a second chapter to the earlier trio mode that first sprang forth in Jamaican music during the rocksteady years – more roots-oriented here on most of the tracks, which are pulled from singles on labels that include Impact, Thunder Bolt, Hot Heat, and Channel One. Titles include "Right Time","Cat-O-Nine", "Jail House", "Pass The Kouchie", "Bodyguard", "Pray Unto Thee", "Mr. Chin Slippers", "Morgan The Pirate", and "Struggling".  © 1996-2022, Dusty Groove, Inc.