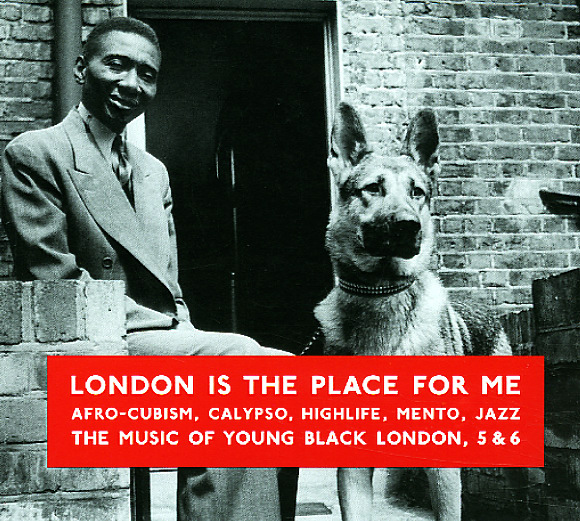 London Is The Place For Me Vols 5 & 6 – Afro-Cubism, Calypso, Highlife, Mento, & Jazz – The Music Of Young Black London

London's always been one of the hippest cities in the world – but back during the postwar years, there was an especially wonderful outpouring of music on the scene – a rich array of new sounds and styles pulled from around the globe – as so many residents from crumbling British empire came to live in the UK! Musicians and listeners arrived in London with plenty of cultural baggage on hand – influences from the Caribbean, West Africa, and India too – plus other smaller scenes that once fell under the British banner, all now the fuel for the cultural fire that was happening in England! The title here tells plenty about the music being made in this newly-formed scene – bits of African highlife, Jamaican calypso, American jazz, Cuban Latin, and more – all filtered into the modernism of the 50s, and given a new twist that was decidedly urban as well. The package may well be the most impressive so far in this legendary series – and is certainly the one that moves the farthest past any sort of easy expectations or cultural conventions. Titles include "Women Police In England" by Mighty Terror, "My Sorrow" by West African Swing Stars, "Cricket Umpires" by Lord Kitchener, "Jordhu" by Caribbean Swing Band, "Trumpet Highlife" by Shake Keane, "Calypso Mambo" by George Browne, "Cuban Nightingale" by Buddy Pipp's Highlifers, "Kitch" by The Quavers, "Tabu" by Mona Baptiste, "King Jimmy Foo Foo" by Tejan Sie with The West African Rhythm Brothers, "The Escape" by Dizzy Reece, "Mambo Contempo" by Ginger Johnson, "Life In Britain" by Mighty Terror, "Sway" by Buddy Pipp's Highlifers, "Song Of Joy" by Rupert Nurse's Calypso Band, "Joe Louis Calypso" by Lord Beginner, "Uncle Joe" by Fitzroy Coleman Quintet, "Me Donkey Want Water" by Tony Johnson, "Belly Lick" by Eric Hayden, "Nigeria Odowoyin" by West African Rhythm Brothers, and "Football Calypso" by King Timothy.  © 1996-2022, Dusty Groove, Inc.
(Sealed.)