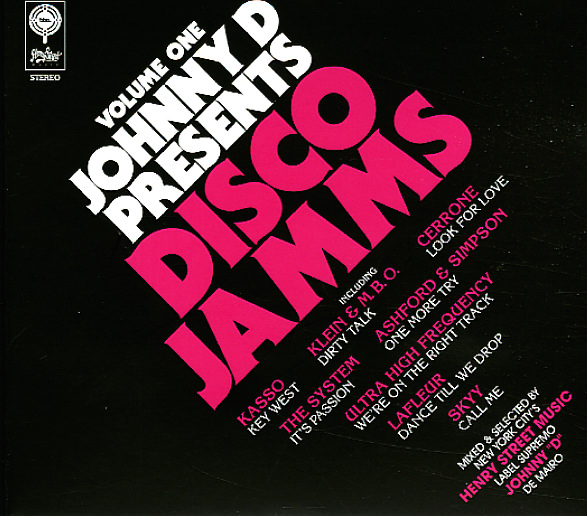 Deep, deep disco selected by Johnny "D" DeMairo – one of the more pivotal underground club music figures of the past couple decades, via his role in setting up the Henry Street imprint – here putting together an incredible set of the rare disco greatness! This is the expansive, floor-shaking, genre-straddling stuff that inspired the house and clubby soul scenes to come – and it's one of the best compilations of harder-to-find disco that's we've gotten our hands in years. The setlist features a divers mix of famous and lesser-remembered names – with styles ranging from straight forward disco stormers to strains of earlyish electro and 80s grooves – benchmark singles and inventive productions that bridge the eras! Tracks by Cerrone, Kasso, Skyy, The System, The O'Jays and more! 8 representative Disco Jamms that comfortably stretch out over 2LPs: "Spank (Instrumental Remix)" by Jimmy Bo Horne, "Key West (Jellybean Edit)" by Kasso, "Dub Till We Drop (Ben Liebrand Mix)" by Lafleur, "Dance Forever (DJ Verison)" by Gaucho, "Dirty Talk (Moplen Edit) Re-Edited by Luca Locatelli, "This Time Baby (LP Version)" by The O'Jays, "Think Fast (Instrumental)" by Pamela Joy, and "It's Passion (Dub)" by The System.  © 1996-2022, Dusty Groove, Inc.