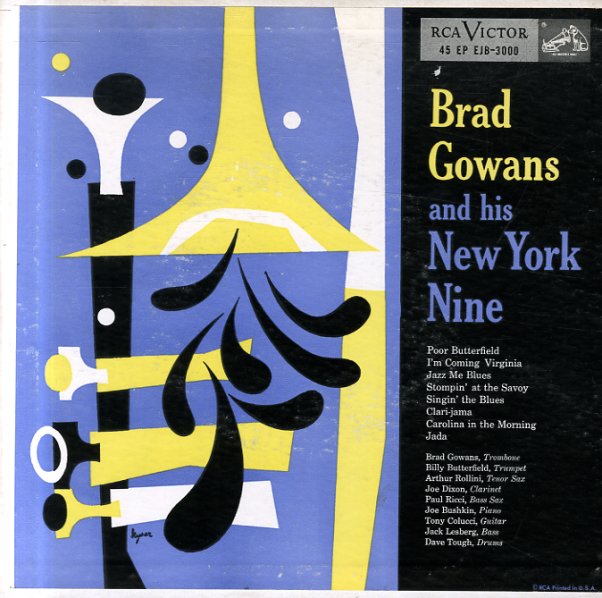 With Brad Gowans on trombone, Billy Butterfield on trumpet, Arthur Rollini on tenor, Joe Dixon on clarinet, Paul Ricci on bass sax, Joe Bushkin on piano, Tony Colucci on guitar, Jack Lesberg on bass, and Dav Tough on drums.  © 1996-2021, Dusty Groove, Inc.
(50s silver label pressing. Cover has some wear and aging, with a split spine held with tape in the inner gatefold.)