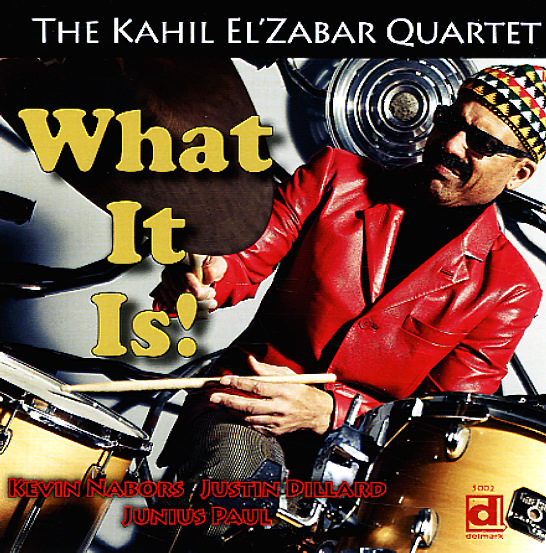 One of the freshest albums in years from Chicago percussion legend Kahil El'Zabar – the recording debut of a great little combo he's been heading for the past few years – and a group who would have been right at home during the more progressive 60s years at Blue Note! The sound here is wonderfully soulful, but in ways that are different than some of Kahil's other records – thanks in part to the strong use of tenor from Kevin Nabors – a player who helps give the record a bold bite right upfront, with tones that hearken back to some of the late 60s' best soulful and spiritual moments – played with more forward focus than some of El'Zabar's other reedmen. The album's definitely got an AACM pedigree, but it's more straightforward, too – and we mean that in a good way – often pushed by modal elements that seem to also give Kahil a rich new sort of energy in his drumming too. Justin Dillard plays some great Hammond, Fender Rhodes, and piano – and the group's completed by Junius Paul on bass. Titles include "Song Of Myself", "What It Is", "Impressions", "The Nature Of", and "Kari".  © 1996-2023, Dusty Groove, Inc.
(Barcode has a cutout hole.)

Call Of The Gators
Apollo/Delmark, 1949/1950. Used
CD...$4.99
Some of the earliest work as a leader from the great Willis Jackson – a tenorist known to most for his work on Prestige Records in the 60s, but who first began as a key crossover figure between postwar jazz and R&B! The music here definitely captures Jackson in that mode – great ... CD

Sun Song (aka Jazz By Sun Ra)
Transition/Delmark, 1956. Used
CD...$6.99 (CD...$6.99)
Sun Ra's first album as a leader – originally issued on the Transition label, but presented here in its better-known incarnation by Delmark Records! Even at this early point, Ra had a sound unlike any of his contemporaries – large group and modern, but not in a way that showed any ... CD