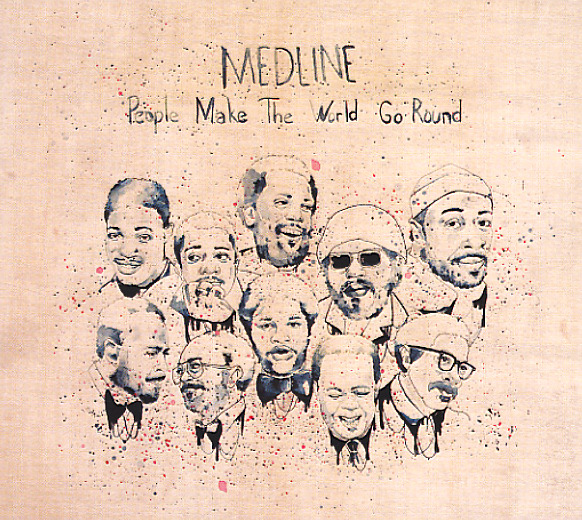 A contemporary riff on benchmark 70s soul jazz and funky fusion from French producer Medline – who reimagines classics by Roy Ayers, Lonnie Liston Smith, Joe Henderson, Freddie Hubbard and others! It's good, solid stuff – reinterpreting the material in a way that's very mindful of its influence on classic hip hop – with some tighter beats and other nods to classic 90s hip hop production – but it's done with an emphasis on live instrumentation that's pretty great! Medline plays most of the instruments himself, with lots of Afro percussion and jazzy flute – with guest vocals on a number of tunes by Roni Alkekengi. Includes "A New Day", "People Make The World Go Round", "Wind Parade","Expansion" and "Everybody Love The Sunshine" with Roni Alkekengi, "Eboness", "Red Clay" and more.  © 1996-2020, Dusty Groove, Inc.