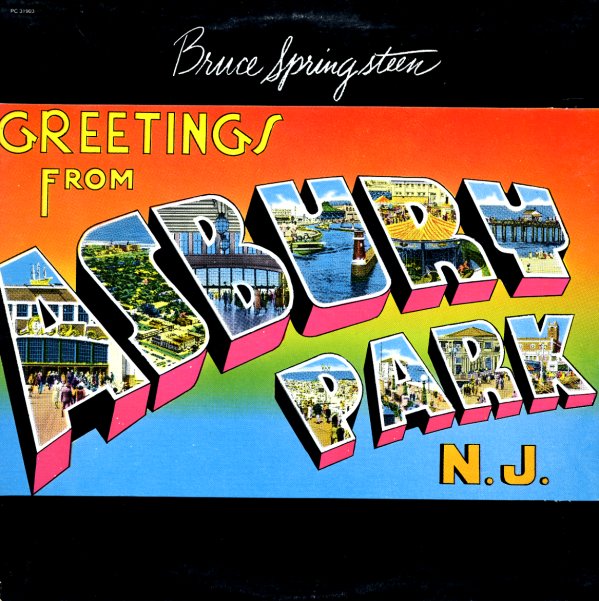 The electrifying debut of Bruce Springsteen – flying the flag for earnest souls in the strange years of the early 70s, and busting right out of the gets in prime form! Loads of classics – including "For You", "Blinded By The Light", "Mary Queen Of Arkansas", "Growing Up", "Does This Bus Stop At 82nd Street?" and "It's Hard To Be A Saint In The City".  © 1996-2021, Dusty Groove, Inc.

Nebraska
CBS, 1982. Used
CD...$2.99 (LP...$24.99)
The starkest, sparest ever by Bruce Springsteen – sans accompaniment for the most part, having famously opted to release the haunting guitar, voice and harmonica demos as the actual album – and it's devastatingly strong to this day! The hallmark facet is that it's a largely solo ... CD