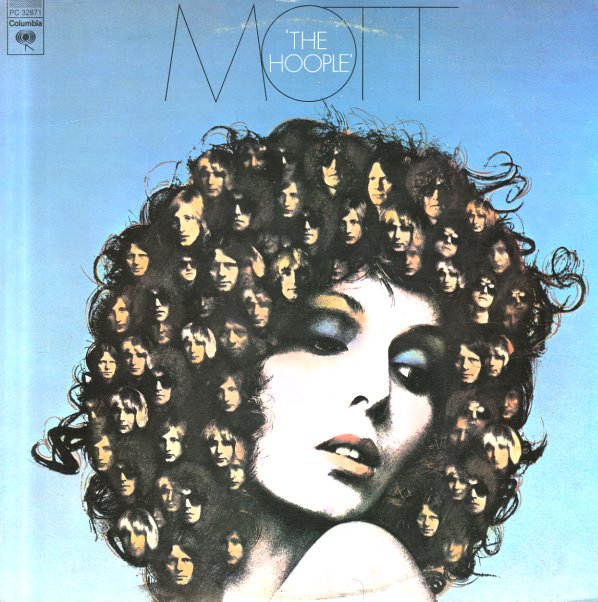 Mott The Hoople in all of their 70s glory – Ian Hunter with superb songwriting skills, and vocals delivered in a way that have a lot more bite than his later solo work – all wrapped up in this fuzzy, compressed, glam-styled production that's totally great! Sure, David Bowie had the Spiders From Mars – but Mott The Hoople were the real deal, and were totally committed to this mode to the hilt – as you'll hear on titles that include "Pearl N Roy", "Born Late 58", "Marionette", "Through The Looking Glass", "Roll Away The Stone", "Crash Street Kidds", and "Trudi's Song".  © 1996-2021, Dusty Groove, Inc.
(Includes the printed inner sleeve. Cover has aging, surface wear, and edge wear.)