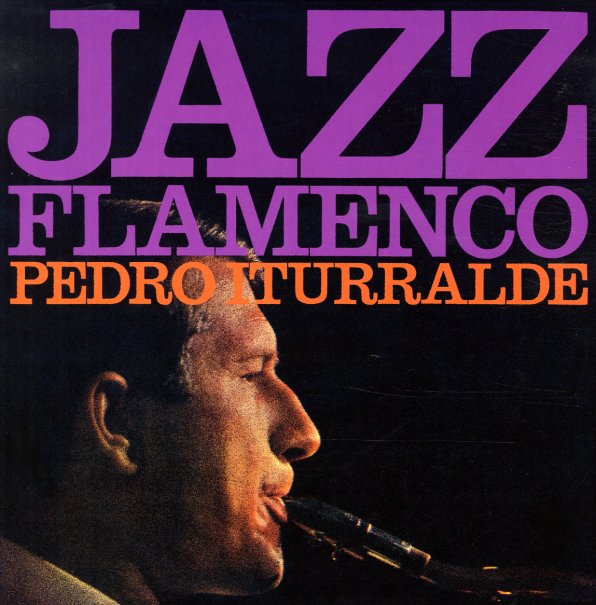 One of the greatest jazz experiments in 60s Spain – classic material that features the group of saxophonist Pedro Iturralde working with electric guitar played in a fluid flamenco style – mixed up here in a mode that really creates a whole new genre unto itself! The guitarist here is billed as Paco De Algeciras, but is actually a young Paco DeLucia – a player who really gets the boldness of Iturralde's experiments, and is more than happy to step aside at points and let Pedro deliver some of his best solo work on record – really tremendous lines on both tenor and soprano sax that seem to go past any of the other 60s albums we've heard from him! Yet the guitar is wonderful too – often given a space to break out on its own, in a mode that's so personal and poetic, it adds yet a whole other unexpected level to the record. Rhythms are often modal, working perfectly for the setting – and the group also features Paul Grassel on piano, Eric Peter on bass, and Peer Wyboris on drums – plus a bit of trombone from Dino Piana on a few tracks too. CD features both Jazz Flamenco and Jazz Flamenco Vol 2, released in '67 and '68: titles include "Zorongo Gitano", "Cafe De Chintas", "Soleares", "Ianda Jaleoi", "Bulerias", "Adios Granada", "Homenaje A Granados", and "Las Morillas De Jaen".  © 1996-2022, Dusty Groove, Inc.

Shaken, Not Stirred
Mag/Vampi Soul (Spain), Late 60s/1970s. New Copy
CD...$5.99 16.99
Some of the finest Peruvian grooves of the 60s and 70s – served up by three different groups headed by reedman Nilo Espinosa, plus a few other combos as well! Nilo's got a way with a groove that's totally unique – a bit soul jazz a times, influenced by bossa at others, and sometimes ... CD

Quinteplus/En Vivo
Vampi Soul (Spain), 1972. New Copy
CD...$5.99 16.99
Sweet funky jazz with some really wonderful keyboards – a double-length set that brings together two rare albums from Argentine combo Quinteplus! The group here clearly have a love of the Cannonball Adderley style of soul jazz – particularly that Cannon groove as the 60s wore into the ... CD

Candombe For Export/Candombe Liso & Extras – The Complete Sondor Recordings
Sondor/Vampi Soul (Spain), Early 70s. New Copy
CD...$5.99 16.99
Very groovy organ work from the amazing Mike Dogliotti – a player with a wonderful sense of whimsy and rhythm, heard here in a key collection of jazzy groovers – tracks that are almost the Argentine answer to Walter Wanderley's classic bossa sides from the 60s! The styles here are all ... CD