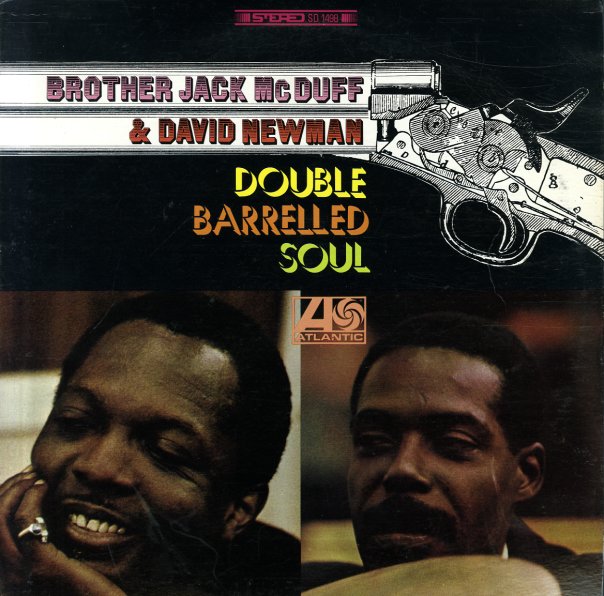 One of the more open-ended sessions that Brother Jack cut for Atlantic – with less of the tight larger soul arrangements that the label usually saddled him with. (Not that we mind those, though!) David Newman plays a variety of saxes, and the group also includes a young Melvin Sparks on guitar. Tracks are longish, and the album includes the originals "Duffin 'Round", "Esperanto", and "More Head" – as well as stunning versions of "Sunny" and "But It's Alright"!  © 1996-2021, Dusty Groove, Inc.
(Green and blue label pressing – nice and clean!)

Latin Contrasts (aka Brazilliance Vol 3)
World Pacific, 1958. Very Good
LP...$16.99
5 years after they made their first set of groundbreaking Braziliany jazz tracks together, Bud Shank and Laurindo Almeida went back into the studio to record another great batch for Pacific Jazz. That second set of sessions is captured here in its entirety, and it features Shank and Almeida ... LP, Vinyl record album