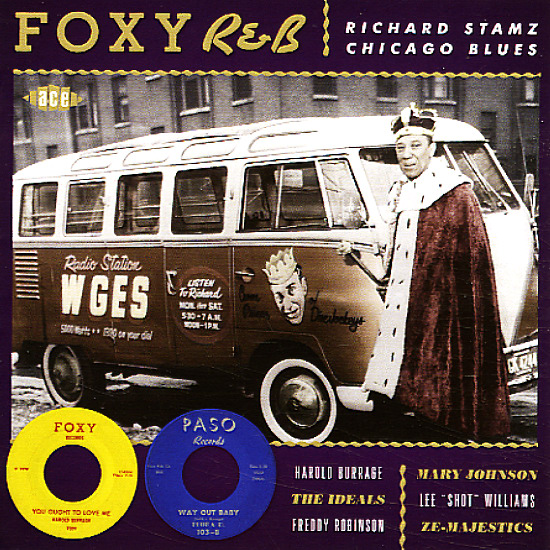 Foxy R&B, and a fair bit of soul as well – wonderful work from the previously-untapped Paso and Foxy record labels – headed up by legendary Chicago DJ Richard Stamz! Stamz was a key early force in African-American broadcasting in the Windy City – an important DJ not just in blues and soul, but also a TV figure as well – one who really helped get a heck of a lot of great music started in the early days of soul! This package features some real killers by artists who do a great job of skirting the rough line between blues and soul in Chicago in the 60s – some of whom would record more famously on other labels, like One-Der-Ful, but who really sound great here. The package was put together by the folks who've researched and recounted Stamz colorful life in print – and has a great array of rare music, plus stories of the DJ as well. Titles include "Say You Love Me" by Harold Burrage, "The Buzzard" by Freddie Robinson, "What's The Matter With You Sam" by The Ideals, "Just One More Time" by Loretta Branch, "You Gonna Cry" by Flora D, "I'm Trying" by Lee Shot Williams, "Gittin Along" by Willie Williams with the Howlin Wolf Band, "Goin Home" by Mary Johnson, "Please Love Me" by Harold Burrage, "Romeo Joe (part 1)" by Robert & The Rockin Ravens, and "Garlen's Mambo" by Ze Majestics.  © 1996-2021, Dusty Groove, Inc.