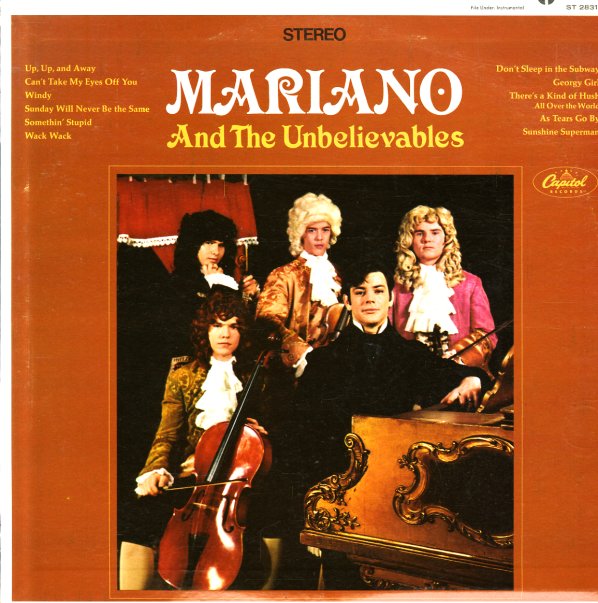 Viva Bossa Nova!
Capitol, 1962. Very Good+
LP...$9.99 (CD...$11.99)
A sweet little album from Laurindo Almeida and his "Bossa Nova All Stars" – not a group of Brazilian musicians, and instead a hip set of LA players who really help make the set sparkle! There's a bit more jazz here than on some of Laurindo's other Capitol records of the time – ... LP, Vinyl record album

Make It Easy On Yourself
A&M, 1969. Very Good+
LP...$2.99
Fantastic work by maestro Burt Bacharach – subtle genius, and an album that offers more to us every time we listen to it! Burt's work has been recorded by many – but few ever gave it the kind of treatment that he did – as you'll hear in this brilliant array of sweeping strings, ... LP, Vinyl record album