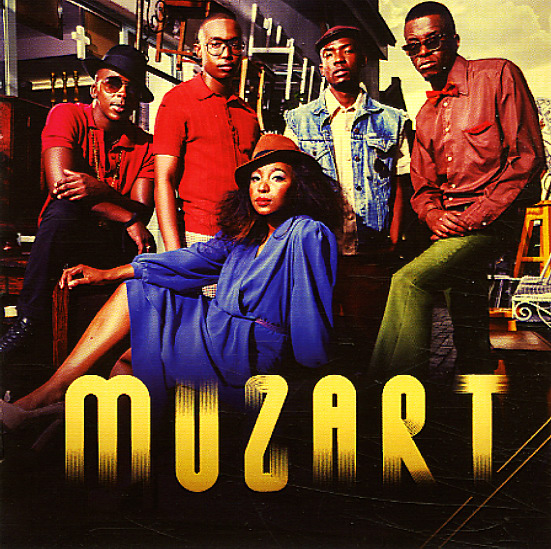 A tremendous little record from Muzart – upbeat, positive, and wonderfully grooving right from the start – served up in a beautiful blend of club rhythms and righteous soul, all with a sense of precision that we haven't heard this well in years! The vibe here is a bit contemporary, but there's a classic care to the record right from the start – an approach that instantly has the group at the level of major groovers like Incognito or The Rurals – but with a fresh, youthful feel that really befits their look on the cover and their origin! Everything's got a sense of energy and surprise that goes way beyond the usual – a commitment to really make things interesting from the ground up – and not just phone in some soulful message over half-baked grooves. Acoustic elements dance along nicely with electric ones – and titles include "Jukebox", "Oh Yeah", "Long Long Time", "The Great I Am", "Moemedi", "Not In Tha Mood", and "The Party After".  © 1996-2022, Dusty Groove, Inc.

4 Corners
Expansion (UK), 2000. New Copy
CD...$4.99 16.99
An excellent batch of UK soul tracks – and essentially an Incognito album! Bluey from Incognito produced the set, and the album features vocals by Maysa Leak and Christopher Ballin, plus some tasty reed work by Brit jazz funk players Ed Jones and Chris Demargary. Some of the tracks are ... CD