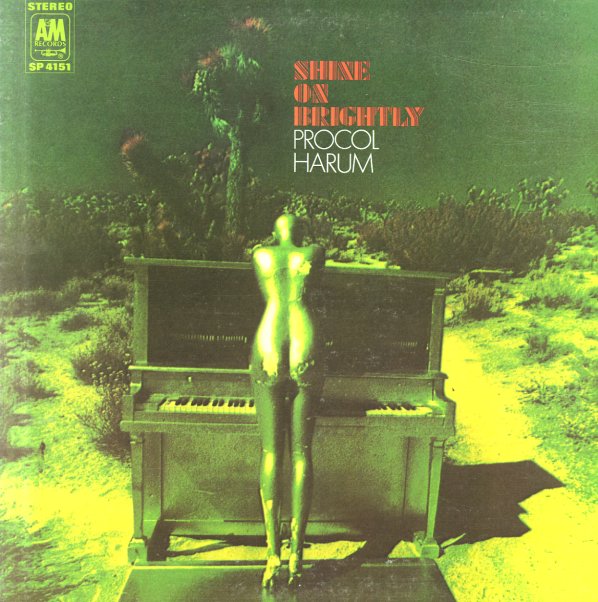 The stunning second album from Procol Harum – a record that takes everything that's wonderful about their debut, and pushes it even farther – to a very unique space that's completely the group's own! The songcraft here is magical – with great work from the team of vocalist Gary Brooker and Keith Reid – and the production continues the group's unusual blend of bluesy elements with these dramatic, ambitious arrangements – never pop orchestrations, but just these ways of putting together a tune that make familiar fuzz guitar, piano, and organ explode in really new sort of ways. The whole thing's wonderful – hardly any hits, but all wonderful songs throughout – and titles include "Quite Rightly So", "Shine On Brightly", "Skip Softly", "Magdalene", "Glimpses Of Nirvana", "Grand Finale", and "In The Autumn Of My Madness".  © 1996-2022, Dusty Groove, Inc.
(Brown label pressing. Cover has light wear, a small split on the top seam, and a small sticker on one corner.)

Broken Barricades
A&M, 1971. Near Mint- Gatefold
LP...$29.99
A fantastic fifth album from Procol Harum – one that really demonstrates the ever-changing energy of the group, and the way they seemed to find a fresh new focus with each of their early albums! The vocals of Gary Brooker are even more wonderful than ever – rejoined here with the ... LP, Vinyl record album