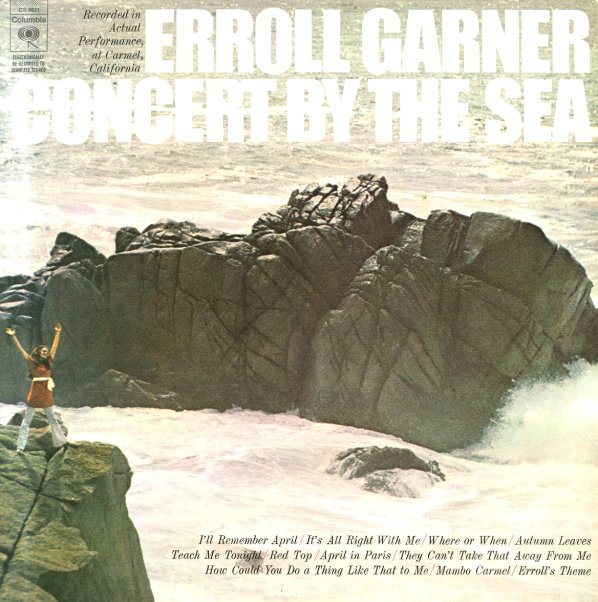 Concert By The Sea (70s pressing)

One of Erroll Garner's best-selling albums ever – a famous live date recorded in the mid 50s – and a record that's as important to his catalog as the classic Misty! Garner's playing before an apparently large audience, but the recording quality is still nice and clear – a strong focus on his amazing work on the keys of the piano – filled with rhythmic invention at every turn, in a way that can only be described as Garner-esque, and which still leaves us breathless after all these years. Despite the oft-heard power of the record, it's still a great one – worthy of discovery even if it wasn't a hit. Rhythm is by Eddie Calhoun on bass and Denzil Best on drums – on tracks that include "Teach Me Tonight", "I'll Remember April", "Autumn Leaves", "Red Top", "April In Paris", "They Can't Take That Away From Me", "Erroll's Theme", and "Where Or When".  © 1996-2021, Dusty Groove, Inc.