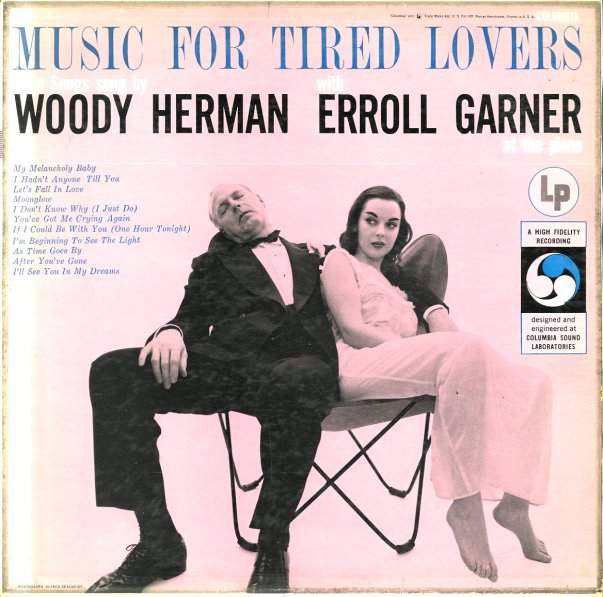 A very interesting album – Woody Herman sings with backings from Erroll Garner, with Wyatt Ruther on bass and Fats Heard on drums.  © 1996-2022, Dusty Groove, Inc.
(Mono 6 Eye pressing with deep groove. Cover has light wear and aging, a small split in the top seam, and a small sticker in back.)