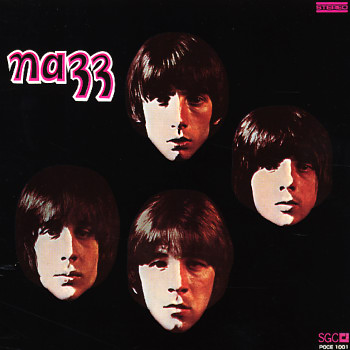 Genius early pop from Todd Rundgren & Nazz – work that's much more hard-rocking than some of Todd's later hits, but still with an undeniable songwriting brilliance! Tracks are mostly short and simple – based around plenty of lead guitar from Todd, and showcasing the lead vocals of Stewkey – whose slightly spacey style of singing brings in a really different feel to the tunes. Rundgren wrote nearly all the tunes on the set – and some of them have a bit of a psychedelic twist, augmented especially through his own heavy guitar, and the production styles of Bill Traut, who handled most of the set. Titles include a sweet early version of "Hello It's Me", plus "Open My Eyes", "Back Of My Mind", "Wildwood Blues", "When I Get My Plane", "Crowded", and "If That's the Way You Feel".  © 1996-2020, Dusty Groove, Inc.
(Out of print.)