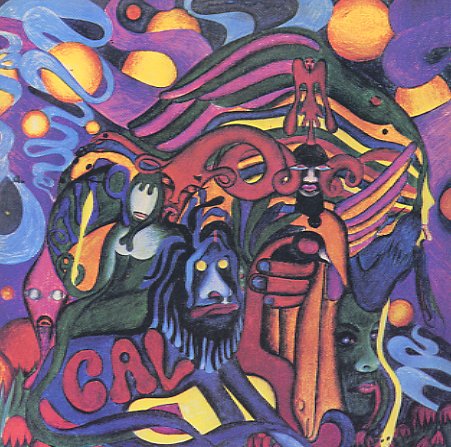 Heady heady work from the legendary Gal Costa – caught here right at her early best, smack dab in the middle of the Tropicalia years! The album's one of Gal's legendary collaborations with arranger Rogerio Duprat – and it's very much in the spirit of her other incredible session from 1969, but also features some even heavier and more tripped out guitar – in a way that really pushes the psychedelic aspect of the work! The sound here is really amazing – very fuzzy and freaky at times, in ways that make the album one of the most rocking sets of the entire Tropicalia scene, but in ways that still hang onto the quirky experimental qualities of work by Os Mutantes or Caetano Veloso. Gal's vocals really rip out amazingly at times – light years away from the sweet sound of the late 70s, and more in the frenetic, urgent style you'd expect from the politically-charged scene that spawned the set. Caetano Veloso and Gilberto Gil join Gal on a great version of "Pais Tropical", Jards Macale guest stars on the classic "Empty Boat" – and other tracks include "Tuareg", "Meu Nome E Gal", "Pulsars E Quasars", and "Cultura E Civilizaco". Essential!  © 1996-2022, Dusty Groove, Inc.
(Late 90s Brazilian pressing.)