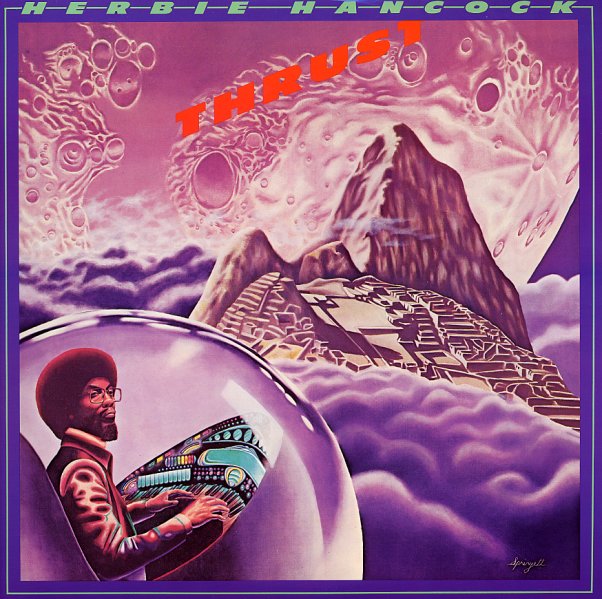 Killer electric work from Herbie Hancock – right on par with his groundbreaking Headhunters set, but a bit spacier too! The album features a Headhunters-solid lineup – with Bennie Maupin on saxes, Paul Jackson on bass, Mike Clark on drums, and Bill Summers on percussion – all grooving wonderfully with Herbie on a set of super-long tracks! Hancock himself handles a host of incredible keyboards – Fender Rhodes, clavinet, Arp, and lots more – all in a lean electric style that still sounds as fresh today as it did way back in the mid 70s – perhaps even more so, given the return to this sort of basic groove that has happened in recent years! Tracks are long, tight, and super funky – and titles include "Actual Proof", "Palm Grease", "Spank-A-Lee", and "Butterfly".  © 1996-2021, Dusty Groove, Inc.