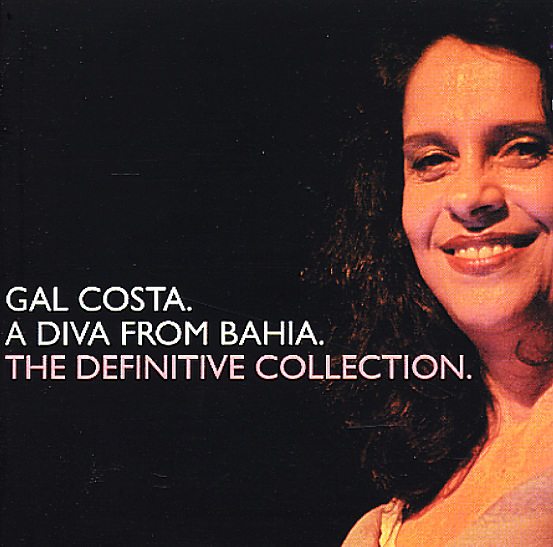 Diva From Bahia – The Definitive Collection

To our ears, Gal's always been a bit less of a diva than other Brazilian female singers – much more of an intimate, personal artist – with a sound that's changed over the years, but has always maintained a level of charm that's undeniable. The set brings together an assortment of Gal's work for Philips from the 60s, 70s, and 80s – including some of her best early Tropicalia numbers, some standout cuts from the 70s MPB years, and a few later gems that show her taking on a gentler, jazzier style. The set features track-by-track notes on the tunes, and titles include "Que Pena", "Acai", "Balance", "Baby", "Coracao Vagabundo", "Modinha Para Gabriela", "Sonho Meu", "India", "Sua Estupidez", and "Mamae Coragem".  © 1996-2022, Dusty Groove, Inc.
(Out of print.)

Swinger From Rio – Sergio Mendes Favorites
Wrasse (UK), 1960s/Mid 80s. Used
CD...$4.99
Groovy groovy stuff – and a sweet little collection of Sergio's greatest work with his groups Brasil 66 and Brasil 88! The format of the ensemble was an instant hit – with 2 female voices harmonizing in the lead, bossa rhythms bubbling under the bottom, and plenty of sweet jazzy work ... CD

Zii & Zie
Universal/Wrasse (UK), 2009. Used
CD...$8.99
Completely compelling work from Caetano Veloso – proof that his genius hasn't faltered at all over the years! The album follows nicely in the format of Veloso's prevous Ce album – with small combo backing, and a stripped-down sound that's light years from what you might expect from an ... CD