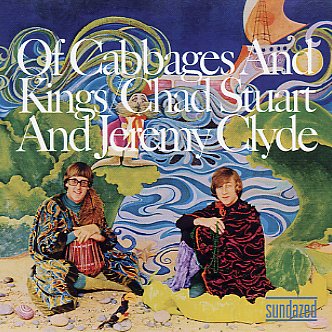 A dream of a record from Chad & Jeremy – a fantastic bit of psychedelic pop produced by Gary Usher! The album's got quite a different feel than the rest of the duo's work – as their standard Brit pop style is augmented by lots of extra strings and woodwinds, super-baroque in a beautiful post-Pet Sounds sort of way. The songs are wonderful, too – with themes on the rise and fall of modern life, very much in a Kinks sort of style – with titles like "Busman's Holiday", "Rest In Peace", "Family Way", "Can I See You", and the extended "Progress Suite". Plus, the CD features 6 bonus tracks, a few previously unissued – including "Manners Maketh Man", "Cautionary Tale", "Sister Marie", and "Painted Dayglow Smile".  © 1996-2021, Dusty Groove, Inc.
(2 eye mono pressing. Cover has edge wear and light surface wear.)