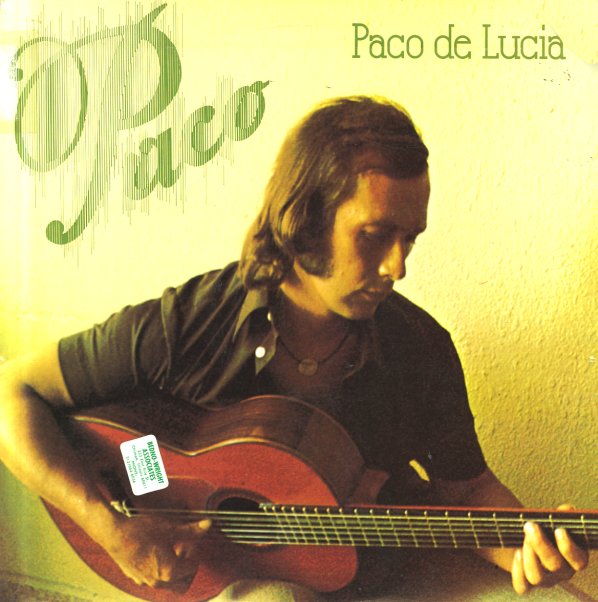 One of our favorite albums ever from the legendary Paco De Lucia – and a set that really has the guitarist coming into his own – stepping past even his rich flamenco roots, and coming up with a new style that's practically a genre unto itself! Paco's sense of imagination here is wonderful – freed up from any previous expectations, and really set loose on the strings of the guitar – coming up with an amazing blend of rhythm and melody in these fast flurries of notes – at a level that's as passionately powerful as it is breathtaking from a sheer technical perspective. Ramon De Algeciras joins Paco on two tracks, but most numbers are solo – and titles include "Fuente Y Caudal", "Entre Dos Aguas", "Plaza De San Juan", "Los Pinares", and "Cepa Andaluza".  © 1996-2022, Dusty Groove, Inc.
(Black label pressing. Cover has light wear.)