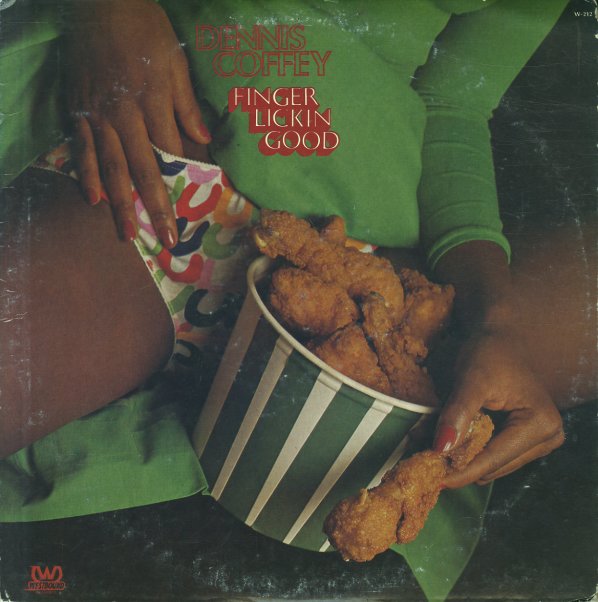 Certainly not one of Dennis total classics – but with some nice moments of funky guitar that make the record worth having. Coffey's playing is great, as usual, and it's set here amidst some larger electric arrangements that have a nice mid 70s groove to them. You won't find the killer sharp-edged sound of the first two albums, but you'll still get some good grooves, all touched by Coffey's mad approach to the guitar. Titles include "Finger Lickin Good", "I've Got A Real Good Feeling", "Fame", "Live Wire", and "Wild Child".  © 1996-2020, Dusty Groove, Inc.
(Cover has ring and edge wear with masking tape over a center split bottom seam and a cut corner.)