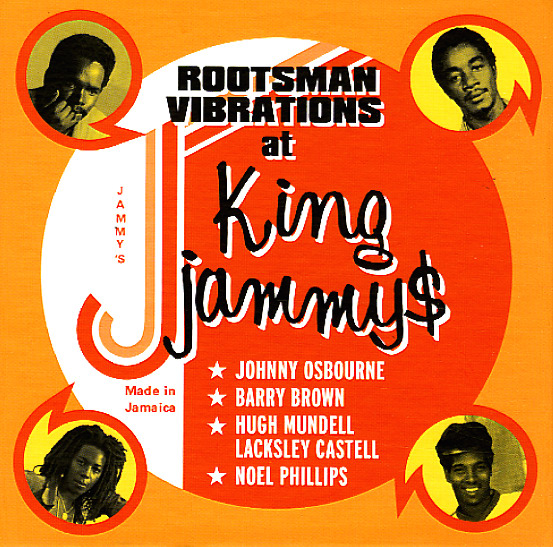 King Jammy productions for roots based heavies – with 4 classic complete albums by Johnny Osbourne, Barry Brown, Hugh Mundell and Lacksley Castell and Noel Phillips – in a great box set! Each CD comes in a mini-LP replica sleeve, too! Johnny Osbourne's Folly Ranking, circa the end of the 70s/beginning of the 80s, predates Johnny's dancehall hitmaking with some great mento roots on tracks that include "Mr. Walker", "Cool Down", "Folly Ranking", "Love Song" and more. Barry Brown's Showcase is a sweet showcase for BB's stellar rootsy vocals and include the tracks "Best Things In Life", "Ain't Gonna Turn Back", "School Days" and more. Hugh Mundell and Lacksley Castell share vocal duties on Jah Fire – which includes "Be My Princess", "Million Miles", "Walk With Jah", "Black Sheep" and more. Noel Phillips's Youthman Vibrations includes the tracks "Youth Man", "Pauline", "Looking Someone", "Jah No Dead", "Money Man Skank", "Be My Woman", "Slavery Days" and more. Each CD comes in a mini-LP replica sleeve, too!  © 1996-2021, Dusty Groove, Inc.