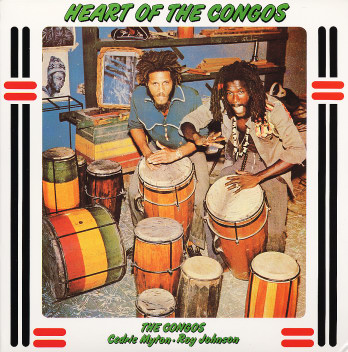 Heart Of The Congos

A classic slice of Jamaican roots – and an essential record from the godlike hands of Lee Perry! The set was produced by Perry at Black Ark – and instantly became the stuff of legend, even though the initial version of the album got very limited exposure – which has led to years of differing reissues and versions of the record! Yet the core sound is always very much in place, no matter what the setting – very spiritual lyrics from the group themselves, set to nicely stripped-down rhythms and instrumentation that are a great contrast to the wave of more polished international reggae releases that were garnering mainstream attention at the time. The lasting power of the set is proof that maybe when it comes to roots, you've got to really go to the roots to get it right – as you'll hear on classic tracks that include "La La Bam Bam", "Fisherman", "Congoman", "Children Crying", "Open Up The Gate", and "The Wrong Thing".  © 1996-2022, Dusty Groove, Inc.