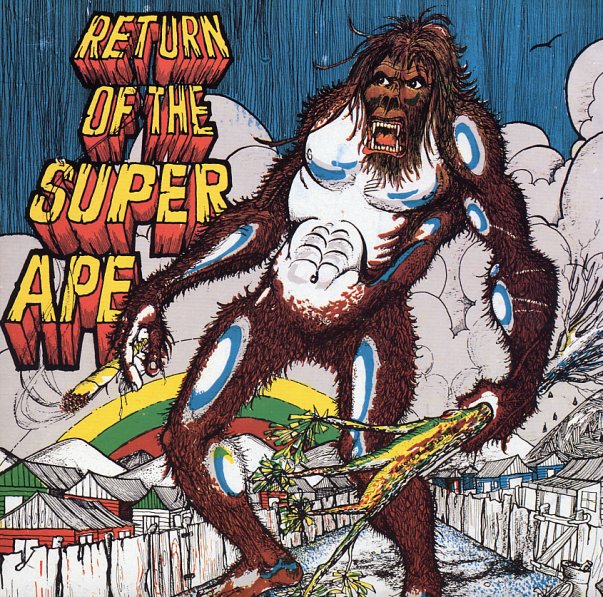 Mostly instrumental, but not quite dub, though some cuts do have Perry's vocals on top. Slow rolling and a bit murky, this set bears no relation to the Super Ape set, other than the freaky cover, but is still infused with Perry's unique vison. 10 tracks in all, including the title track, "Bird In Hand", "Psyche & Trim", "Huzza A Haha" and "High Rankin Sammy".  © 1996-2021, Dusty Groove, Inc.