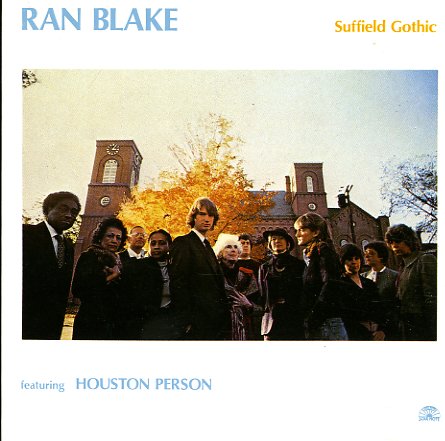 An unlikely pairing, but a great one too – quite an unusual chapter in the career of pianist Ran Blake – but in a way, a great set to unlock the soulful undercurrents that have always been in his music! About half the tracks feature the tenor of Houston Person joining in – working these amazing sounds in duets with Ran, and creating this depth of feeling that grabs us right from the start! Given that Person rarely did dates like this too – the set's unusual for him, too – and even when Houston's not on board, Blake's solo lines still have a feeling that's full of soul. Despite the crowd of people on the cover, the album's just a duo/solo outing – and titles include "Indian Winter", "Curtis", "Vanguard", "Old Man River", "Midnight Local To Tate County", "There's Been A Change In My Life", and "Tribute To Mahalia".  © 1996-2022, Dusty Groove, Inc.
(Cover has minimal wear and is bent a bit at the front panel.)

Kenny Burrell With John Coltrane
Prestige, 1958. Very Good+
LP...$19.99
One of our favorite Kenny Burrell albums – and a record with a much deeper feel than lots of his other work! Kenny cut this album with John Coltrane in 1958 – and the session's a real standout in both of their careers at the time – Kenny's, for being a well-crafted, highly-focused ... LP, Vinyl record album