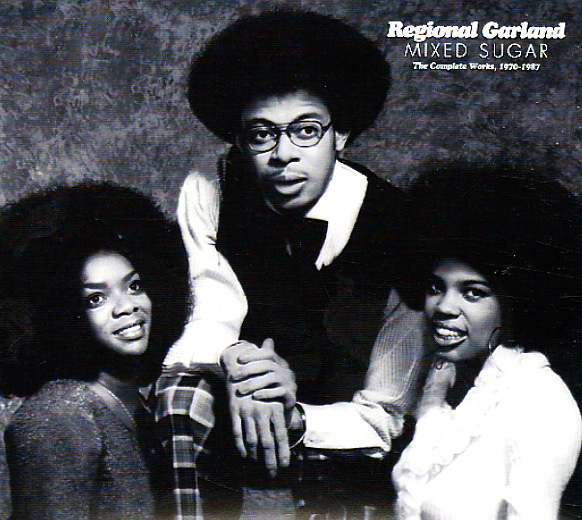 A fantastic anthology of Flint, MI soul great Regional Garland – 70s soul empires were built on lesser talent than you'll find on this set put together by Egon & Now Again! Garland is a performer, producer, songwriter and arranger of whom we were most familiar with for his work with the group Hunt's Determination – a taste of which is included here, along with Regional's recordings with The Perfections, 21st Generations, Mixed Sugar, Brilliance and others. Even the few Hunts Determination records we were familiar with show a fairly staggering stylistic range, while holding together as a tight whole – and that's all the more impressive with a broader collection of work with varying personnel here. The heart of the collection is early-to-late 70s recordings, from dancefloor soul, funk and strains of disco later in the decade – revelatory stuff for us. We knew the man was good, but, damn! The set also features several mid 80s recordings with that era's synth textured sound with the 70s soul vocals surprisingly well. Includes "I Need Love" & "Hey James" with 21st Generations, "Get On Down" & "Girl You Better Hurry" with The Perfections, "I Need Love" and "Are We Through" with Hunts Determination, "15 Ain't Young No More", "It's A Bad Feeling" and "Disco Jam Bam Bam" with Mixed Sugar, the previously unreleased "Gangster Girl" and "I'm Sad We've Broke Up", "I'm Falling In Love" with Vann & Reggie, "Hit Girl" with Brilliance and more. Nice notes with personnel, and a couple bonus versions "I Need Love".  © 1996-2021, Dusty Groove, Inc.