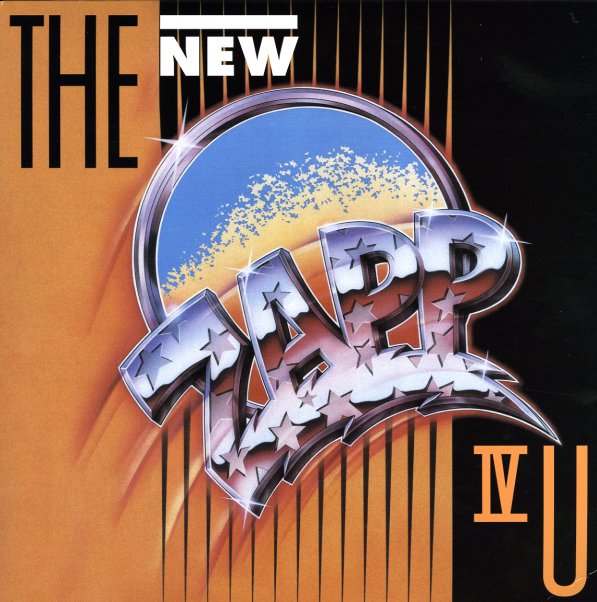 Zapp at the height of their powers – a bit more focused than before, but every bit as funky! Roger's production here is impeccable – done with a great ear for the most soulful side of the group's talents, which keeps them far from some of the more commercial groups who were copping their vibe, but never got things right. Great proof of this is the mellow cut "Computer Love" – a slow stepper that has the group showing their sweeter side, but never losing their cool – a bit like some of the best Fatback ballads of the early 80s. Other cuts are mostly funky – filled with tight basslines, keyboards, and electro bits – and tunes include "It Doesn't Really Matter", "Radio People", "Rock N Roll", "Make Me Feel Good", and "Ja Ready To Rock".  © 1996-2022, Dusty Groove, Inc.

Just Be My Lady
Warner, 1981. Sealed
LP...$6.99
A classic set of ballads and mellow soul numbers from Larry Graham – quite a change from some of his funkier work, and a nice step forward in his growth as a singer! Larry's voice is deep and round on most tunes – a classic baritone approach that almost goes back to jazz vocalists of ... LP, Vinyl record album

Ice Cream Castle
Warner, 1984. Near Mint-
LP...$14.99
Classic! The third LP from the Time, and last before Morris Day went off and started his solo career – though by this point Jimmy Jam and Terry Lewis had departed the group. Nonetheless, the sound is still tight modern funk, with Jesse Johnson and crew keeping things in the great post-Prince ... LP, Vinyl record album