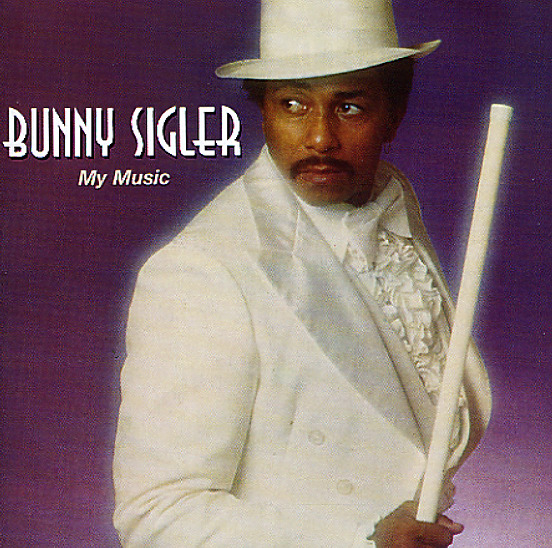 One of our favorite albums ever from Bunny Sigler – a sublime set that bridges his earlier Philly sweet soul recordings and his later disco work! The set avoids any of the silliness that could sometimes hurt Bunny's later work, and instead nicely blends together Philly soul and studio funk by matching Sigler's production talents with great arrangements from Dexter Wansel, Ron Kersey, and Richard Rome – plus some great early backings from Instant Funk! There's a stripped-down feel here that avoids disco cliches – and Sigler sounds especially great on the mellower and mid-tempo numbers – including the spacey "My Music", and the sweetly stepping "Calling Me Back". Other tracks include "Can't Believe That You Love Me", "Woman Woman", "Somebody Loves You", "Just Let Me Love You Tonight", and "Thank You Baby For Last Night".  © 1996-2021, Dusty Groove, Inc.
(Cover has light wear.)