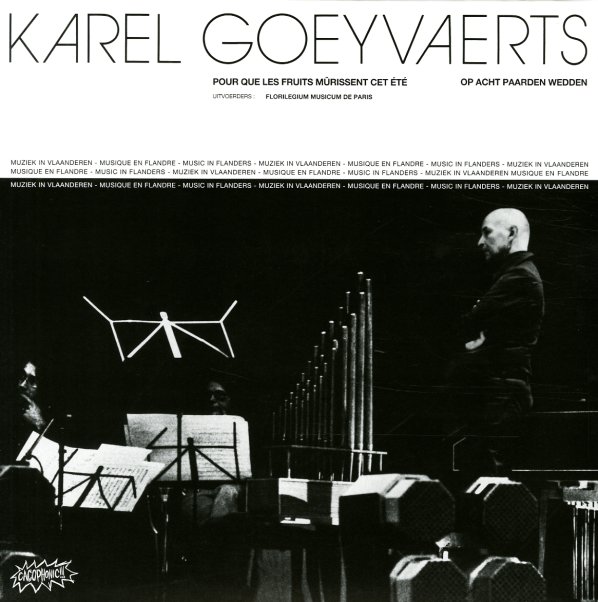 Beautiful sounds from Karel Goeyvaeters – a Dutch minimalist with a really wonderful sense of tone! The album features two long pieces, both from the mid 70s – each using a variety of sounds in cyclical fashion – in ways that recall some of the best Terry Riley material of the time – even though some of the construction also echoes the approach of Philip Glass or Steve Reich! Karel really likes things to unfold in a subtle, sensitive way – and the tones move along in these patterns that are sometimes imperceptible, sometimes more striking – occasionally with a bit of dissonance, but often with these really lovely little sounds. Side one features "Pour Que Les Fruits Murissent Cet Ete" – and side two features "Op Acht Paarden Wedden".  © 1996-2021, Dusty Groove, Inc.