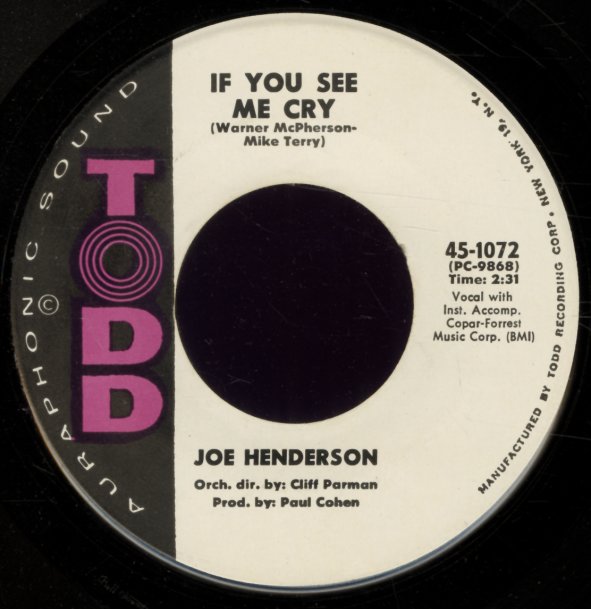 Snap Your Fingers/If You See Me Cry

(Label has a sticker and a bit of pen.)