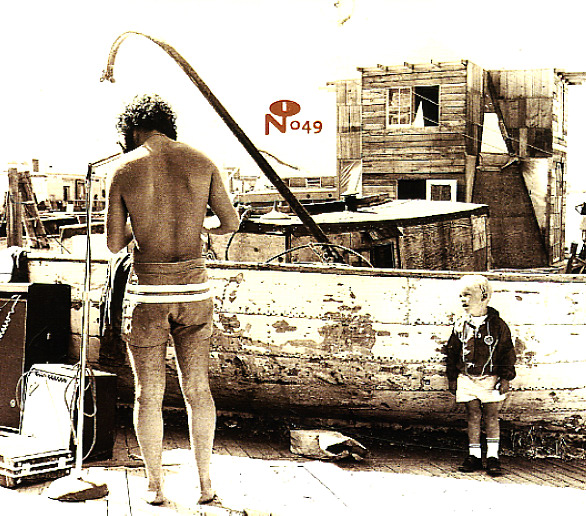 Also available
Iasos — Celestial Soul Portrait ... CD 7.99
Spacey sounds from the enigmatic Iasos – a legendary figure in the 70s underground – and an artist with a heck of a great ear for organic electronics and unusual recording techniques! This cool collection of Iasos' music was put together by Carlos Nino with the guys at Numero – and as such, it's got a really sensitive feel – a way of bringing together the sounds and stories that really get at the subtle genius of Iasos – packaged in a lavish set that also features lots of vintage photos too. The style is often quite personal, and almost naive – as Iasos works on guitar, keyboards, amplified flute, and other odd tape and studio effects – all flowing out with a style that's often a bit cosmic, and pretty darn compelling. Titles include "Crystal Petals", "Procession On The Horizon", "Cloud Prayer", "Rainbow Canyon", "I Passion You A Leap Of Love Flame", and "Spring Temple Forest".  © 1996-2022, Dusty Groove, Inc.

Valley Of The Sun – The Field Guide To Inner Harmony (black & orange vinyl pressing)
Numero, Late 70s/1980s. New Copy 2LP
LP...$29.99 36.98
A set of tracks that take the new age into the space age – all served up from the Valley Of The Sun label, and presented here in a really well-done compilation! These tracks are the side of new age that's less acoustic and more electronic – some of the music that you might have ... LP, Vinyl record album

Solitude Transit
Transversales Disques (France), Late 80s. New Copy
LP...$28.99 34.99
Unreleased later work from the legendary Luc Ferrari – and music that almost represents a somewhat different side of his legacy than some of his more famous recordings! If we dare to say it, there's some surprisingly tuneful moments in the music – which was partly done for a modern ... LP, Vinyl record album