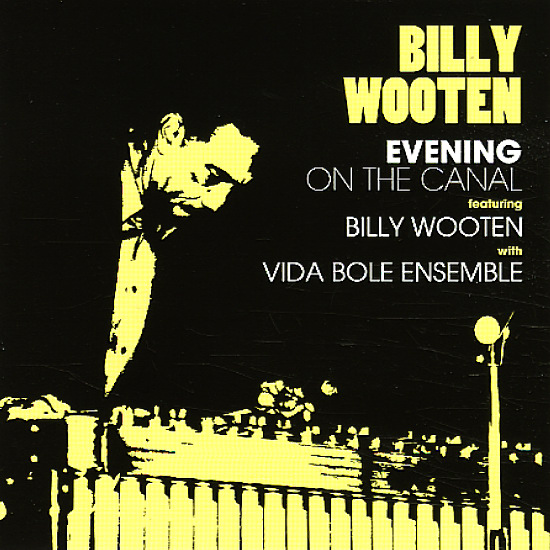 Evening On The Canal

A rare live set from vibes legend Billy Wooten – recorded sometime in the mid 90s, but with a funky feel that's like his best music from the 70s! The Vida Bole Ensemble backs Billy up – giving him a tight large group push that makes for plenty of great rhythms – both funky drums and Latin touches on percussion – the last of which are especially nice, and really do great things alongside the vibes! Billy's the lead man on solos throughout – although the album does feature some nice tenor from David Young, and both alto and flute from George Sparky Smith – players who really help deepen the sound of the record. Production is great – straightforward and simple – and the whole thing's got a classic feel that makes it a great addition to Wooten's too-small catalog! Titles include "Mi Rosa Mujer", "Shoo Bee Doo Bee", "Want You To Be My Love", "Sugar Man", "Don Diablo", "Mumba Caliente", and "Comingo De Amor".  © 1996-2021, Dusty Groove, Inc.

Time Capsule (Japanese pressing)
Nodlew/P-Vine (Japan), 1973. New Copy
CD...$22.99 (LP...$34.99)
One of the most beautiful records to come out of the early 70s – a tremendous indie effort from a young Weldon Irvine! Irvine put this album together as sort of a musical "time capsule" of his generation – an effort to capture the era's thoughts, feelings, and emotions ... CD

Little Band Big Jazz (Japanese paper sleeve edition)
Crown/P-Vine (Japan), 1960. New Copy
CD...$24.99
An incredible record – and the kind of rare LA bop session that got totally lost because it was never packaged properly! This obscure set was issued by the Crown label under a number of names – both the Conte Candoli All Stars and Vince Guaraldi – and the group includes Conte ... CD