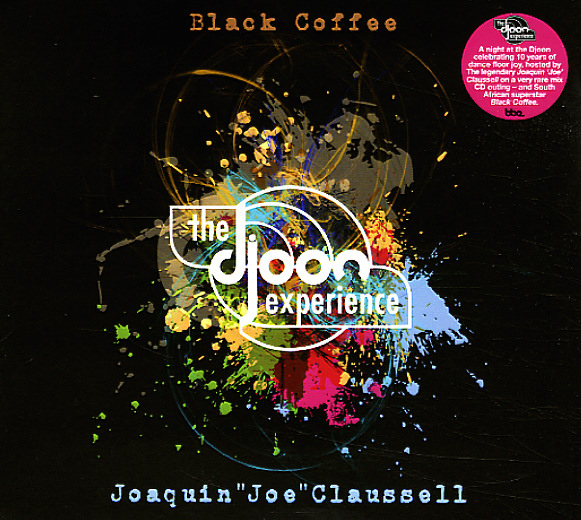 A pair of sweet mix CDs from Joe Claussell and Black Coffee – each done in support of Djoon, the multi-cultural nightspot in Paris! Joe Claussell brings out all his best tones here – those cosmic elements mixed with earthier elements that have always kept his music grounded so firmly in tradition – a future vision, but one with a keen ear for the past as well – spun out over a mix that includes "Cross Roads" by Ron Trent, "Elektric Afrika (Joe Claussell rmx)" by The Bayara Citizens, "1960 What (Opolopo kick and bass rerub)" by Gregory Porter, "With More Love" by Joaquin Joe Claussell, "Once Again (morning factory edit)" by Reggie Dokes, and "Old Landmark (Joe Claussell's mission for today voc)" by The Djoon Experience with Kenny Bobien. CD 2 features Black Coffee working in slightly similar territory, but with a bit more of an edge, too – some harder beats and faster rhythms, but tracks that are still graced with plenty of warm touches too. Titles include "You & Me" by Keys Snow, "Surroundings" by Natz Efx, "Love Song 28" by Jullian Gomes, "All Alone" by Tumelo with Vikter Duplaix, "People With Bullets" by G Family, "We Are One" by Black Coffee with Hugh Masekela, "Avenue Of Dreams" by Sai & Ribatone, and "Get Over It (Sun-el Sithole rmx)" by Bucie.  © 1996-2021, Dusty Groove, Inc.