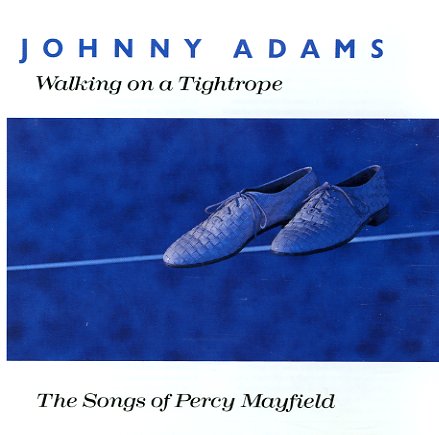 Walking On A Tightrope – The Songs Of Percy Mayfield

(Cover has a small spot of tape on one corner, but looks great overall.)

Love, Peace & Soul
Hot Wax, 1972. Near Mint-
LP...$24.99
The last Honey Cone album for Hot Wax Records – and a set that's still very much at the top of their game! As with other artists from the Holland-Dozier-Holland stable of hits in the 70s, Honey Cone have a massive amount of force behind their groove – so much so, the record might still ... LP, Vinyl record album

I'm On My Way
Argo, 1963. Very Good+
LP...$14.99
Soulful Chicago folk stuff by Willie Wright, a black performer from the city who recorded for Chess, and who's a key link in the tradition that spawned Terry Callier. (In fact, a number of the tracks on Terry's First Light CD are from a 1970 benefit for Willie Wright!) Willie sings in a deep ... LP, Vinyl record album

Right On Be Free
Elektra, Early 70s. Good Gatefold
LP...$9.99
The landmark first album by this legendary 70s soul group – and one with a feel that's much different than their later work! The style here is much more strongly righteous than their sweeter soul of the mid 70s – with a pronounced gospel influence that focuses most strongly on the ... LP, Vinyl record album

Blood Sweat & Tears
Columbia, 1968. Near Mint- Gatefold
LP...$9.99
A stone classic from Blood Sweat & Tears – and a record that went onto have a tremendous impact in jazz, rock, funk, and soul! The group's format is plenty darn famous – adding a lot of horns to hip riffing grooves – but despite countless plays on oldies stations over the ... LP, Vinyl record album