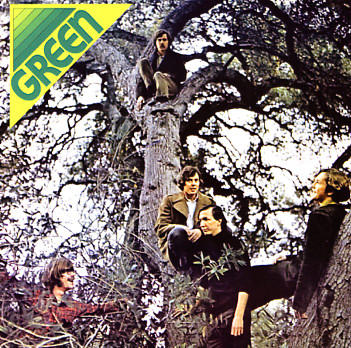 A psychedelic gem recorded at Gold Star Studios at the end of the 60s – one that brings a fair bit of British influences into play with the trippier sounds of the American underground of the time! This Atlantic debut by the group shows a tremendous amount of promise – and an approach to the music that sometimes takes on loftier ambitions through its use of bit of brass and reeds amidst the core keyboards, guitar, bass, and drums of the tunes. The songs are tight and sharp, but have some nice flourishes too – almost in the later Chad & Jeremy mode, with a real "British through LA" sort of sound. Titles include "RCMPB", "Don't", "Have You Ever", "To Be", "Sunrise #7", "Sparkle", and "Just Try".  © 1996-2021, Dusty Groove, Inc.
(Cover has light edge wear.)

Trick Of The Tail
Atco, 1976. Very Good+ Gatefold
LP...$9.99
Life after Peter Gabriel – with Phil Collins doing a surprisingly great job on vocals – free from all the tripe of later years! The group are still very much in the mode of their early prog years, but balance things out with a few catchier tunes – a mode that's a bit like the ... LP, Vinyl record album

Layla
Atco, 1970. Very Good 2LP Gatefold
LP...$19.99 (CD...$18.99)
One of Eric Clapton's greatest moments – and a set that also features guitars from Duane Allman and organ from Bobby Whitlock! Recorded in Miami at Criteria Studios – and titles include "Layla", "It's Too Late", "Little Wing", "Have You Ever Loved A ... LP, Vinyl record album