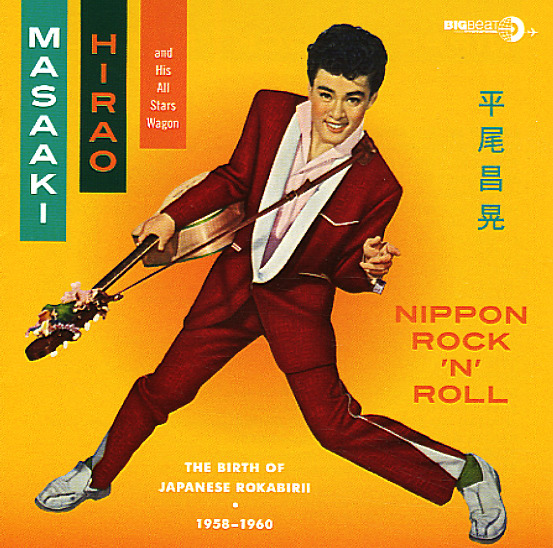 Rare rock from the Japanese scene of the postwar years – but sounds that definitely have a universal appeal overall! Masaaki Hirao is way more than just a novelty remake of American rockers of the time – as he's got a sharp-edged sound that easily rivals the best we had to offer here in the US – the charm of Elvis, the propulsion of Johnny Burnette, and the offbeat appeal of Buddy Holly! Yet the sounds here are often quite their own thing, too – especially on the Japanese language numbers which make up most of the set, and which have Masaaki stepping away from straight American cover versions, and really doing some great things on his own. The guitar lines are especially great – recorded with brilliant twang and echo that really matches the power of the vocals – and the set features some mighty nice live tracks that are even more biting than the studio material! 23 cuts in all – including "Hoshi Wa Nandemo Shitteiru", "Isuki No Komoriuta Rock", "Yuuyake Koyake", "Ooh My Soul", "Jenny Jenny", "I Love You", "Shiranu Furi", "Miyo Chan", and "One Way Ticket".  © 1996-2022, Dusty Groove, Inc.