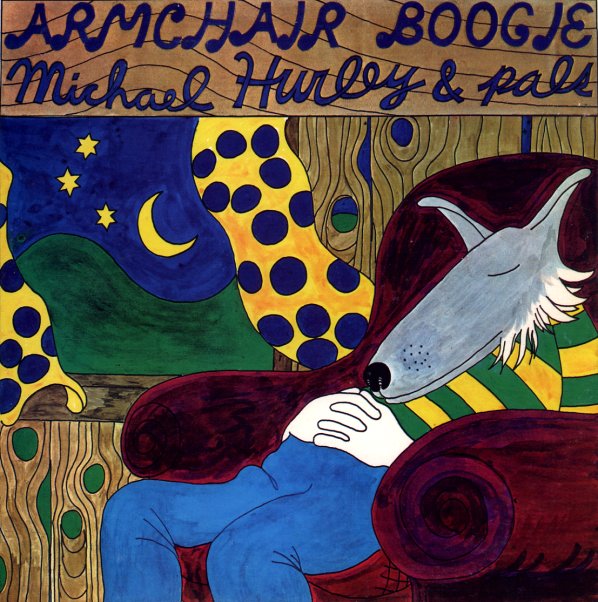 A great record from folk rock oddball Michael Hurley – with spare, ragged little solo guitar & vocal tunes that greatly showcase both Hurley's easygoing, slowly rolling along vocals, as well has his piercing, high emphatic howls– plus more fleshed out tunes with the band, full of groovy, eccentric instrumentation. He brings in some fiddle and mandolin for a rustic feel here and there, a coronet that lends a bit of a jazzy cognizance, and more streamlined, folk rock touches. The album includes a Hurley staple or two, including "Werewolf" – plus "Grand Canyon Line", "English Nobleman", "Be Kind To Me", "Troubled Waters", "Sweedeedee", "Open Up", "Jocko's Lament", "Light Green Fellow", "Get The Best Of Me", "Biscuut Roller", "When The Swallows Come Back To Capistrano" and "Penguins".  © 1996-2021, Dusty Groove, Inc.
(Deluxe gatefold tip-on CD sleeve. Includes reproduction of the original 36 page cartoon booklet.)

Of Rivers & Religion/After The Ball
Reprise/BGO (UK), 1972/1973. New Copy
CD...$11.99 16.99
A pair of wonderful albums from the great John Fahey – back to back on a single CD! First up is Rivers & Religion – a really unique album by John Fahey – issued during a short stretch of initial mainstream approval, and a brief time of recording for Warner Brothers! Some of ... CD

Voice Of The Seven Woods

It's Only Rock & Roll/Never Could Toe The Mark/Turn The Page/Sweet Mother Texas
RCA/BGO (UK), Early 80s. New Copy 2CD
CD...$16.99 19.99
A quartet of early 80s albums from Waylon Jennings – brought together here in a single set! First up is It's Only Rock & Roll – a set that still has Waylon working with a really great ear for the best sort of songwriters on the scene, and throwing in a few of his own gems too! The ... CD