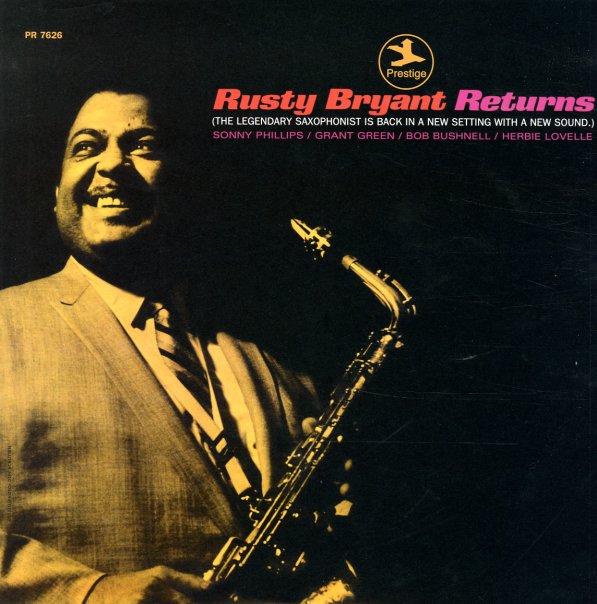 A real smoker of a session – Rusty Bryant's first comeback album of the jazz funk years, done in a mode that virtually set the tone for other Prestige sessions of the time! Rusty's working here on alto sax, in a mode that's clearly inspired by the Lou Donaldson sessions of the time on Blue Note – but done with a freer, looser, more rolling sort of vibe. Organist Sonny Phillips really makes the set great with some fluid work on the Hammond that matches Bryant's groove – and guitarist Grant Green's also in the group, setting up some great single note lines that punctuate the tunes nicely. A key factor is also bassist Bob Bushnell, who plays Fender bass on the record (an element missing from the Donaldson sound), and gives the record a key bit of motion at the bottom! Tracks include the groovy "Zoo Boogaloo", plus "Streak O' Lean", "Night Flight", "The Cat", and "Ready Rusty".  © 1996-2020, Dusty Groove, Inc.