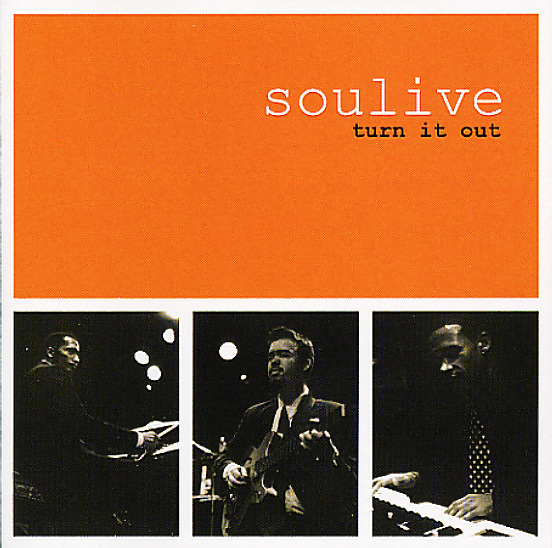 New York is what is funky! This is a killer new release by a small organ jazz combo from the Big Apple – and they are definitely worthy members of the city's great end-of-the century funk scene that includes Medeski Martin & Wood, Sugarman Three, and The Other Side! The band have certainly spent plenty of time getting their chops up – and they have a very tight organ/guitar sound with a totally live feel to it. The overall groove is right up there with the best classic combos on Prestige – with stone cold funky drumming underneath sweetly strident lines on the Hammond, and some very heavy guitar rhythm parts. In a way, the record really evokes the heavy funk sound of Lonnie Smith's fantastic Blue Note sides from the Late 60s – with a very heavy drum sound nicely kicking it live! The CD's their first – and believe us, it will more than break them out of the box. Tracks include "Arruga De Agua", "Doin Something", "Rudy's Way", "Azucar", and "Steppin". Great stuff – and the kind of small-group recording that makes it worth shopping at Dusty Groove!  © 1996-2021, Dusty Groove, Inc.
(Out of print.)

What The World Needs Now
Daptone, 2012. Used
CD...$6.99
The return of the great ones – and quite possibly the funkiest album ever from The Sugarman Three – a crowning achievement for this funky combo that we've loved for years! The core trio is still in place – soaring Hammond, tight tenor, and heavy drums – but they've also ... CD