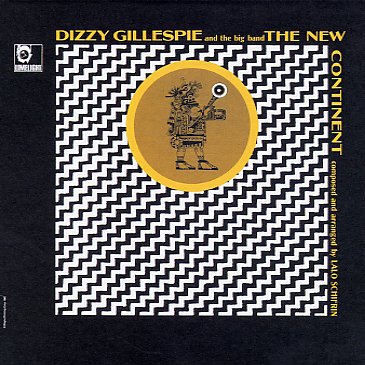 A wickedly great album from Dizzy Gillespie – one of his most striking sessions of the early 60s, and a perfect blend of his Latin and modern modes! The album features an extended suite – composed and arranged by Lalo Schifrin, who'd just begun working with Dizzy at the time, and who was inflecting his sound with a lot of South American grooves. The work's played by a large ensemble led by Benny Carter – with Dizzy as the main soloist, and work by players that include James Moody, Phil Woods, Emil Richards, Francisco Aguabella, and Schifrin himself. Tracks are long, and have complicated introductions – then easily give way to the sort of flowing grooves that Schifrin was penning often at the time. Titles include "The Chains", "The Swords", "The Empire", and "The Legend Of Atlantis".  © 1996-2022, Dusty Groove, Inc.
(Mono pressing with deep groove in the extravagant booklet cover. NOTE – Cover has heavy edge wear and split seams.)

Composer's Concepts
Mercury, Early 60s/1977. Near Mint- 2LP Gatefold
LP...$7.99
Nice 2LP set that brings together some of his most striking sessions of the early 60s recorded for Emarcy. This set includes pieces composed and arranged by Lalo Schifrin played by a large ensemble led by Benny Carter – with Dizzy as the main soloist, and work by players that include James ... LP, Vinyl record album

Dizzy Atmosphere
Specialty, Late 50s. Very Good
LP...$84.99
Great Dizzy big band LP from the late 50's, with a stellar lineup that includes a young Lee Morgan on trumpet, Billy Mitchell on tenor, and the underrecorded Billy Root on baritone. The band swings hard, and the playing's great both in the ensemble moments and in the solos. Tracks include "DD ... LP, Vinyl record album