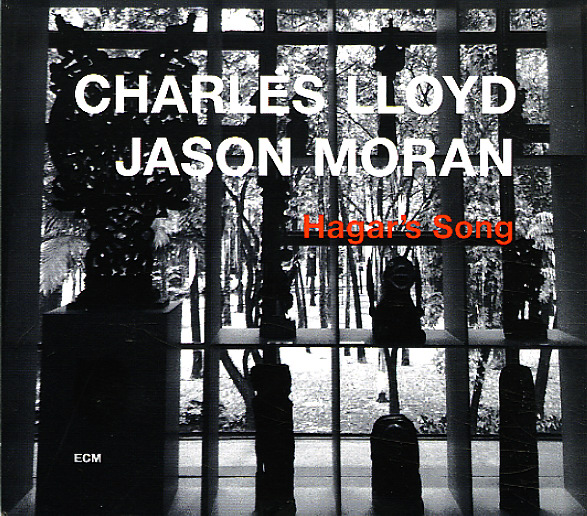 Beautiful duets between this richly creative pair – a stripped-down set that really showcases the warmth and intimacy of Charles Lloyd's reed styles in recent years – and one that also has Jason Moran warming up a bit more than usual too! Lloyd plays tenor and alto, both with a very rich tone – plus bass and alto flutes – and although Moran mostly plays piano, he also handles a bit of tambourine – maybe in a way that underscores the rhythmic elements that Jason brings to his work on a few tracks. The centerpiece of the album is the "Hagar Suite" – which has some of the evocative, exotic modes of other Lloyd recordings – and other titles include "God Only Knows", "Pretty Girl", "Mood Indigo", "Bess You Is My Woman Now", and "Pictogram".  © 1996-2021, Dusty Groove, Inc.
(Includes slipcase.)