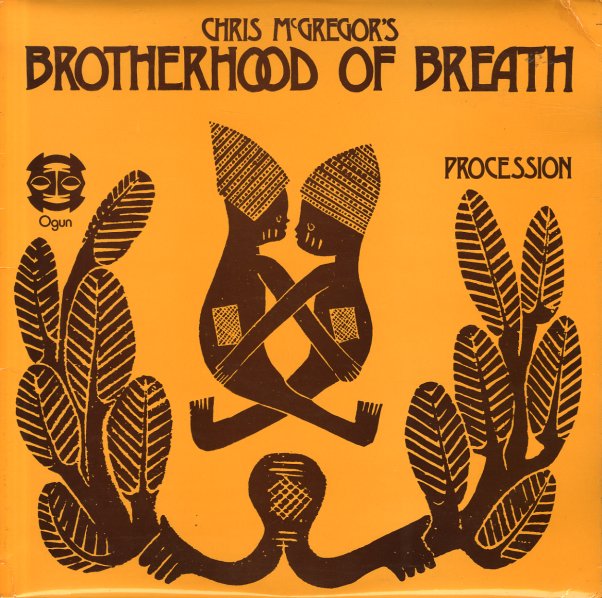 Amazing music from Chris McGregor and his legendary Brotherhood Of Breath ensemble – easily one of the most exciting forces in British jazz in the 70s, and one fo the few who was still sounding their best in the latter half of the decade! McGregor's got as much bite and burn here as with his famous earlier combo, The Blue Notes – and the lineup here boasts ex-members of that group – Dudu Pukwana on alto, Johnny Dyani on bass, and Louis Moholo on drums – all joining together perfectly with McGregor's long-spun piano lines. The ensemble also features other key British players – Mike Osborne on alto, Evan Parker on tenor, Harry Beckett and Mark Charig on trumpets, and Radu Malfatti on trombone – creating this bold horn section that stretches to the skies on waves of soul! Two lengthy pieces "Sunrise On The Sun" and "Kwaholo" bookend the shorter piece "Sonia". CD features three more tracks not on the original album – "TBS", "Andromeda", and "You Ain't Gonna Know Me Cos You Think You Know Me".  © 1996-2020, Dusty Groove, Inc.