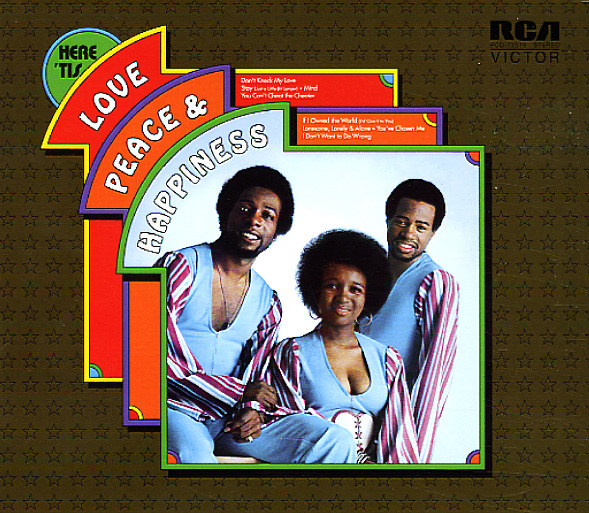 A tremendous little record from Love Peace & Happiness – a great vocal trio from the early 70s, and one who really shine with this overlooked gem for RCA! The trio were part of the New Birth/Nite Liters universe that producer Harvey Fuqua brought to the label at the time – and they've got a hip sound that's right up there with the other two groups – with whom they were very intimately involved – working here with arrangements from Fuqua that are almost his contribution to post-Motown sounds in the 70s, the way that Holland-Dozier-Holland were working at Invictus. Ann Bogan really soars with righteous leads in the group – and gets equal support from brothers Leslie and Melvin Wilson – who really help underscore some of the bolder elements of the music – especially on the funkier cuts. Titles include "I Don't Want To Do Wrong", "Lonesome Lonely & Alone", "Don't Knock My Love", "If I Owned The World", "You Can't Cheat the Cheater", "Stay", "Mind", and "You've Chosen Me". Great reissue – with excellent sound and very detailed notes!  © 1996-2022, Dusty Groove, Inc.