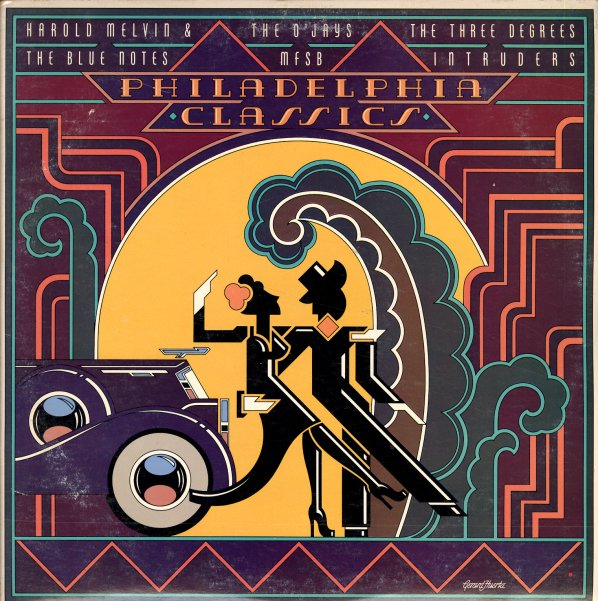 A classic collection of hits from Philly International – issued at the height of the label's popularity, and featuring some of the biggest tracks from the years 1973 to 1975! Titles include "I'll Always Love My Mama" by The Intruders, "Love Train" by The O'Jays, "Dirty Ol Man" by Three Degrees, "I Love Music" by The O'Jays, "Don't Leave Me This Way" by Harold Melvin & The Blue Notes, "Love Is The Message" by MFSB, "TSOP" by MFSB, and "Bad Luck" by Harold Melvin & The Blue Notes.  © 1996-2022, Dusty Groove, Inc.
(Cover has light wear. Cover has unglued seams, a promo stamp, and some marker. Labels also have some marker.)