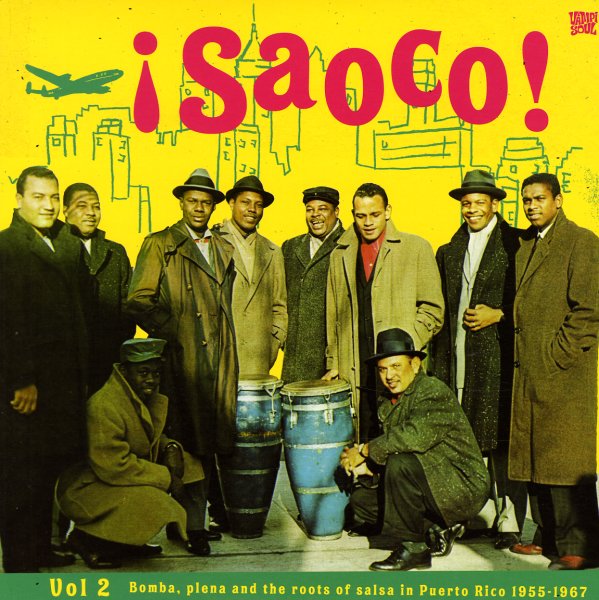 Amazing sounds from the Puerto Rican scene of the 60s – a key link between the music of Cuba and New York – and an outlet that became even more important after the fall of Havana! Back in the day, there was steady traffic between San Juan and uptown New York – as styles traded, grooves emerged, and whole worlds of Latin music grew into place in the process – showing a new, youthful style that was especially heavy on percussion – and which often had a much tighter small group approach that was quite a contrast to the bigger orchestras of the previous generation! The Puerto Rican groove was crucial in kicking off the Latin Soul generation, and the salsa one as well – and the music here is from a host of indie labels who really had an ear to the underground in these key years – and came up with plenty of greatness in the process. The double-length package is a great retrospective of these years – and features detailed notes in English and Spanish, lots of great images, and a smoking set of 28 tracks that includes "Que Culpa Tengo Yo" by Chivirico, "La Vieja Voladora" by Chuito El De Bayamon, "Guaracha Y Cha Cha Cha" by Moncho Lena, "Moliendo Cafe" by Cortijo, "Arrabalera" by Tonin Romero, "Muchachita Lozana" by Odilo Gonzalez, "Tras Tres Tragos" by Mario Ortiz, "Dolores" by Joe Cotto, "Candela" by Ramito, "Kijis Konar" by Mon Rivera, and "Que Chevere" by Kito Velez.  © 1996-2022, Dusty Groove, Inc.