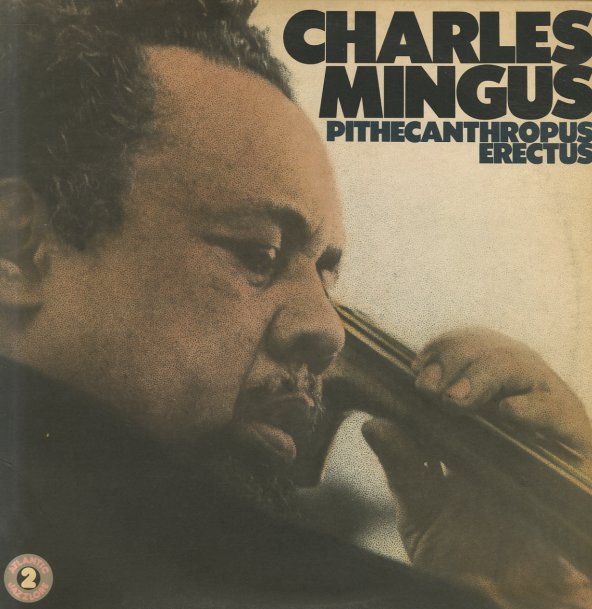 An amazing record – quite possibly one of the greatest jazz albums of all time, and a session that has Charles Mingus stepping boldly forward in a whole new direction! The album shakes loose the sometimes too-academic modern tones of Mingus albums from the previous year or two – and unleashes the bold, raw emotion that would drive him firmly into the 60s – a new sense of freedom in music, filled with poetry, anger, joy, and life! The tracks are all quite long – and played by a sharp quintet with Mingus on bass, Jackie McLean on alto sax, JR Monterose on tenor, Mal Waldron on piano, and Willie Jones on drums. Titles include "Pithecantrhopus Erectus", "A Foggy Day", "Love Chant", and "Profile of Jackie". The whole thing bubbles over with an anger and intensity that you hardly find in other Mingus albums, and if you've ever heard a weak Mingus album, and wondered what all the fuss was about, you owe it to yourself to own this one! We promise that it will never ever let you down.  © 1996-2022, Dusty Groove, Inc.
(Early 80s Jazzlore pressing. Cover has a small index label in back.)

Charlie Mingus Live
Affinity (UK), 1960. Near Mint-
LP...$16.99
An odd release of material from Charles Mingus' 1960 performance at Antibes – slightly different from the Atlantic Records issue of the performance. The album's a great extrapolation of the sound that Mingus had forged on sessions for Columbia, Atlantic, and Candid – the latter label ... LP, Vinyl record album