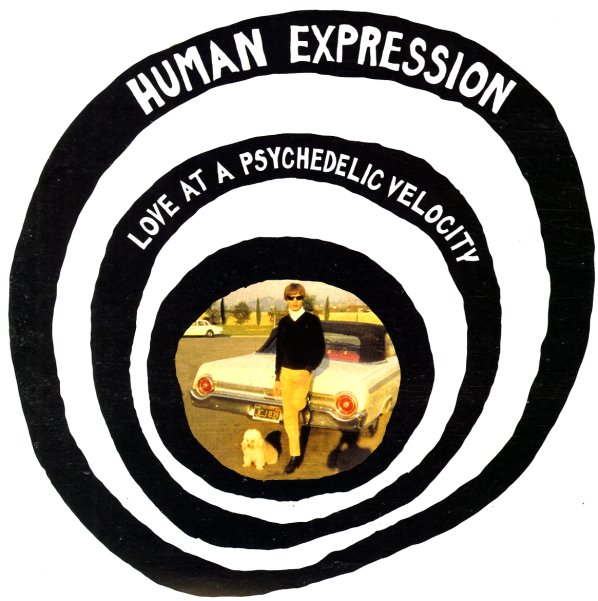 Love At a Psychedelic Velocity

Incredible work from Human Expression – a group with this moody, dark quality that's completely mindblowing, especially given their young years at the time of these recordings! The music certainly falls into the garagey sounds of the Sunset Strip scene at the time – but there's also a quality here that really sets these guys apart – this stark, bracing vibe that's hinted at in some of the really bleak song titles of their tunes, and which comes through strongly in the mix of offbeat vocalizations, unusual guitar tunings, and really raw production throughout! Tracks include "Reading Your Will", "Love At Psychedelic Velocity", "Every Night", "Cam Me Down", "Sweet Child Of Nothingness", "I Told Her", "Return Nevermore", "Judgement Of Rejection", "I Don't Need Nobody", "Room Of Shadows", "Who Is Burning", and "Outside Of It All".  © 1996-2022, Dusty Groove, Inc.